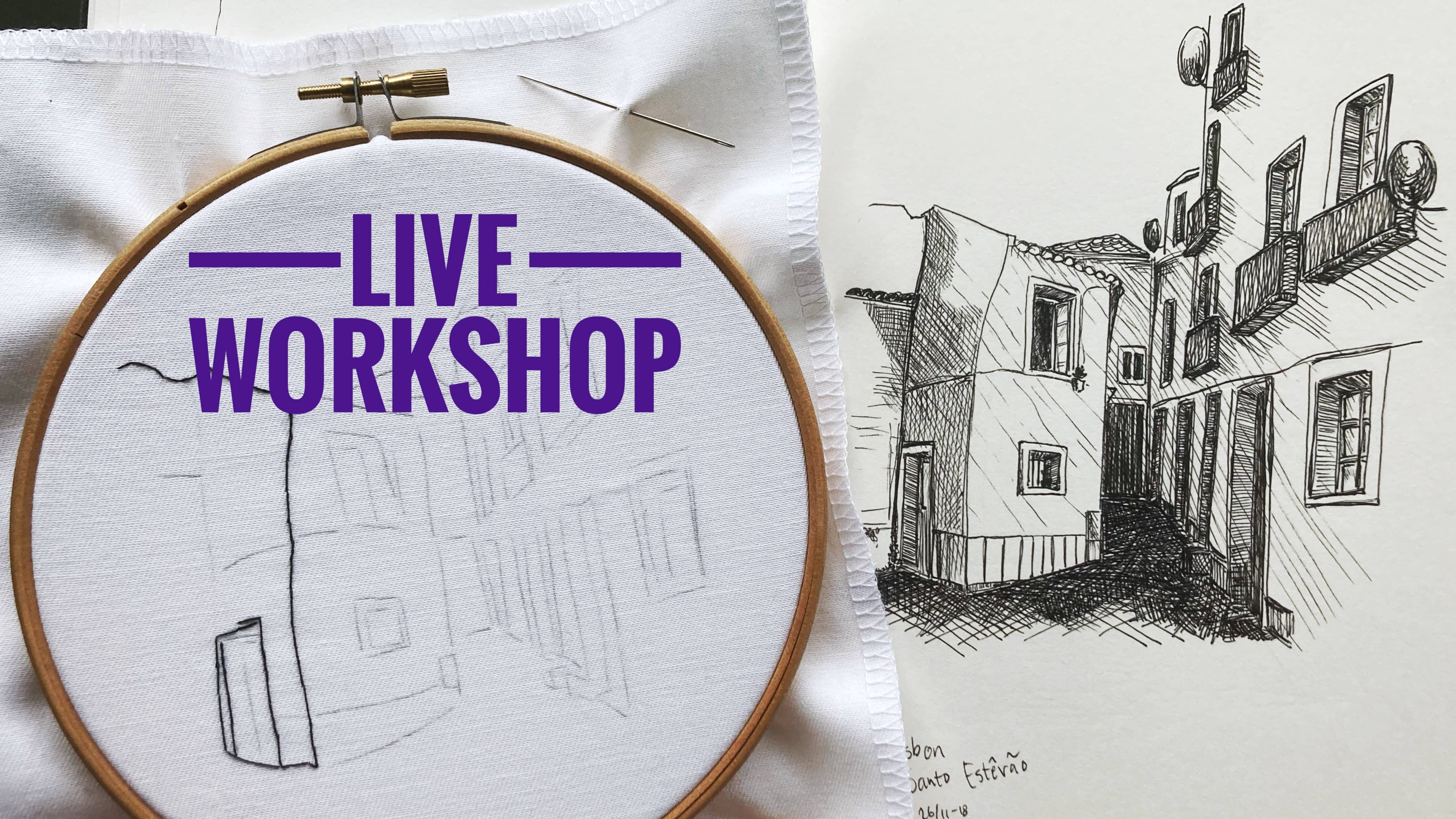 Have you heard of Thread-sketching before?

If you haven't but have an itchy feeling that it may be something fun; Then this introduction workshop is for you!

This is a livestream workshop replay that introduces you to the concept of thread-sketching.

Thread-sketching is a modern and freer approach to hand embroidery, where you place your stitches based on intuition.

Ps. Don't sweat it - after going through the workshop, your intuition will be trained to know the how and why. 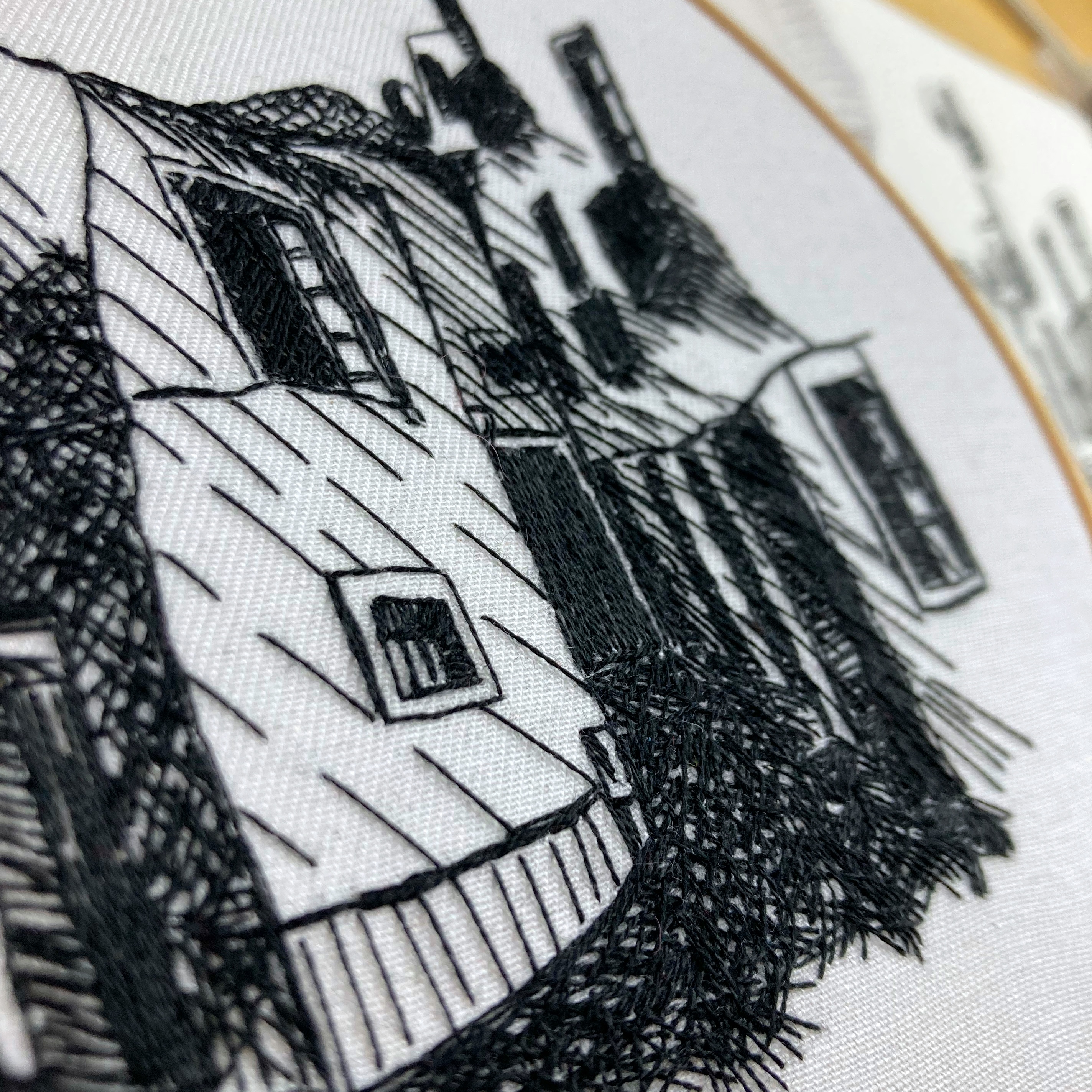 To give you a concrete and actionable example, Elin will work on a thread-sketching design that you get included as a downloadable PDF.

The design is inspired from a street scene in the charming old Alfama area of Lisbon, Portugal.

You find the pattern as a downloadable pdf in the curriculum section.

There is also a process video that shows the complete process after the livestream session ends.

It serves as a complementary support for you who are completely new to the thread-sketching style.

If thread-sketching intrigues you, you may also want to check out the "Thread-sketching Mastery" course, which gives you a deeper introduction to the techniques used. 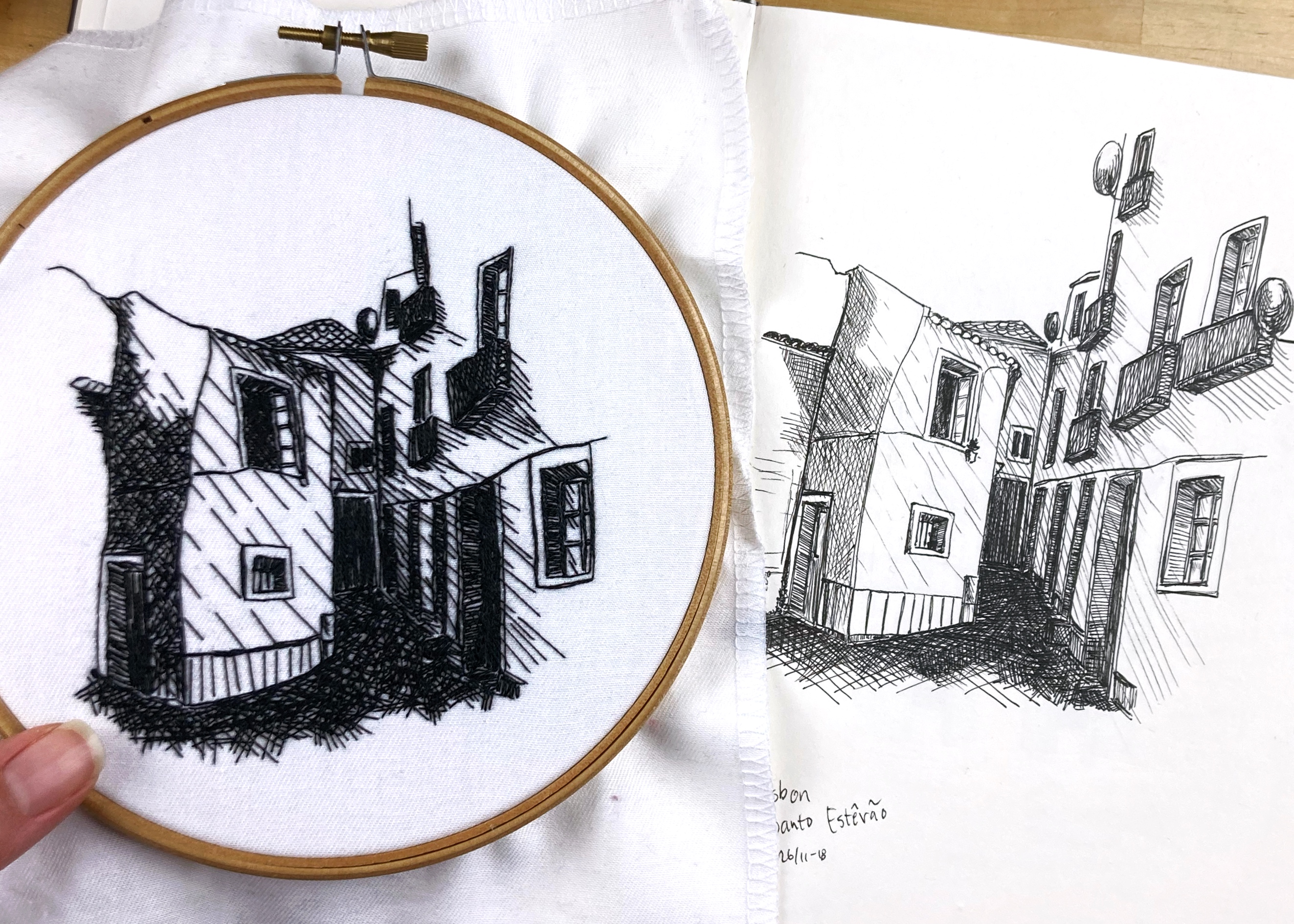 Introduction to thread sketching
Available in days
days after you enroll 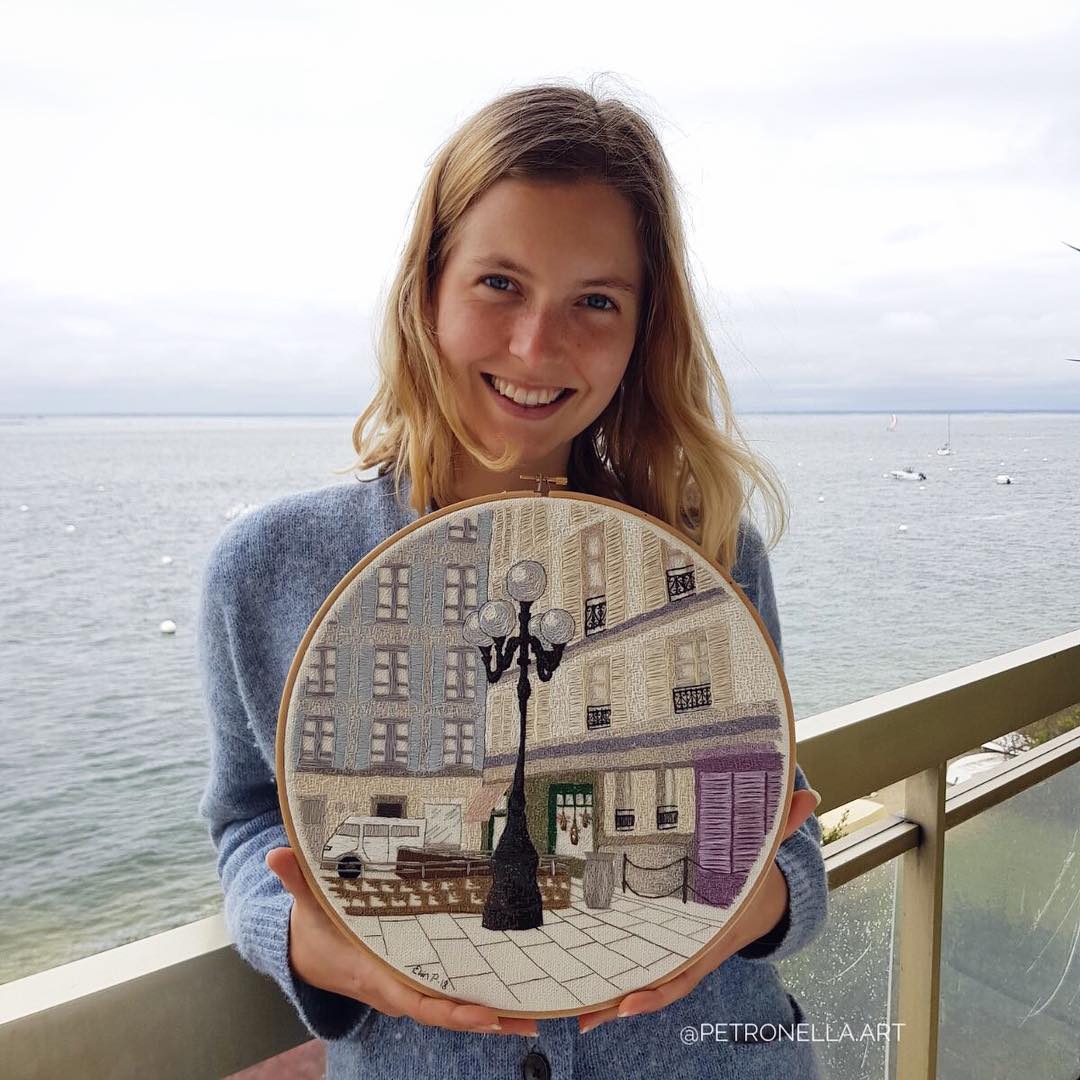 Elin Petronella began to share her work on Instagram as @petronella.art in 2016, which quickly gained large exposure (200k+).

Fast forward several years and she has (along with her husband Charles) taught thousands of students the art of modern hand embroidery via Charles and Elin Academy.

She is also the co-author of the "Mindful Embroidery" book released in September 2020, worked for brands such as Hermès Paris and been featured in magazines such as Fubiz, My Modern Met and more...

Join the Academy membership for access to ALL courses,

including for example Thread-sketching Mastery 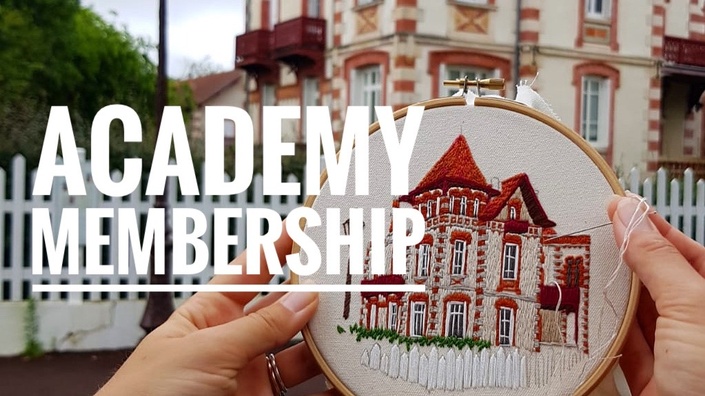 Relax and have fun with modern hand embroidery

Create your own embroidered sketchbook and expand your artistic repertoire